I have a friend – let’s call him Sam – who’s madly in love. They’ve been dating for years, things have gotten serious and they’re looking to settle down. Over the phone, Sam informs me that he’s going to propose (I offer my congratulations) and that he has grand plans for a wedding in spring (I’ll spare you the details). Sam – an oblivious guy – then proceeds to ask me – unbeknown to him an equally oblivious girl – about buying a diamond ring. No, not just any ring, but specifically a diamond ring. Being the commerce oriented person that I am, I launch into a rampage about doing a cost-benefit analysis, how it would be better to invest the money in assets that compound over time and the ridiculous nature of spending your life savings on a shiny rock. Sam simply replies by saying ‘happy wife, happy life’.

How have diamonds become the symbol of love, devotion and marriage? It all started with a stunningly successful marketing campaign by De Beers who coined the phrase ‘a diamond is forever’. De Beers is the world’s leading diamond explorer, manufacturer and retail powerhouse. Countless men, like Sam, will attest that the societal obligation of proposing with a diamond ring is what drives them to save up and spend up for a diamond that perches proudly on top of a ring. What many fail to realise is that this ‘societal obligation’ was wholly manifested by a company who were driven by their love of money. 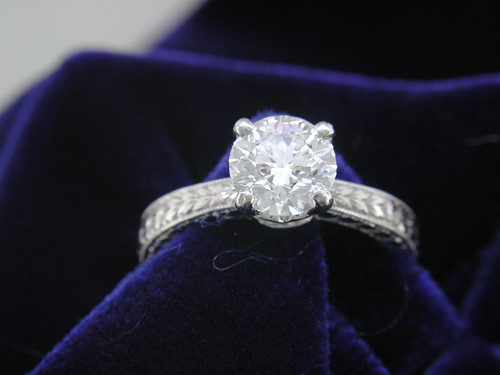 Firstly, diamonds aren’t actually that rare. Over the years, De Beers has strategically and carefully restricted the supply of diamonds to keep its prices high and created the perception of rarity. Furthermore, the symbolism of love and longevity of diamond rings means that, once bought, they are unlikely to be sold and re-enter the market – therefore, reducing the supply of diamonds further. De Beers maintained its monopolistic control over the diamond trade for several decades and, by 1902, they controlled over 90% of the world’s rough diamond production and distribution. It’s all well and good to have an abundance of diamonds, but De Beers faced a problem. Europe was on the verge of war and the American market was declining due to the Great Depression. Enter: marketing.

In 1938, De Beers turned to Madison Avenue and hired an advertising agency for help. Diamonds were positioned as a gift of true, indestructible love and men were taught, ‘the larger the diamond, the greater the expression of love’. Similarly, women were encouraged to view diamonds as an integral part of any relationship. The diamond ring became a status symbol and celebrities were photographed and published in high-end magazines. Print advertisements also included reproductions of famous paintings and were intended to convey the idea that diamonds, like paintings, were unique works of art. Coupled with Marilyn Monroe’s famed rendition of ‘Diamonds Are a Girl’s Best Friend’ in a 1953 film, diamonds had become well and truly embodied in the tapestry of society.

The finishing touch on De Beers’ monopoly was to maintain full autonomy over prices. De Beers circulated marketing materials which suggested that a man should spend one month’s salary on a diamond ring. In fact, this worked so well that they subsequently increased it to two months.

So, in short, what I’m really trying to say is that diamond rings are basically just a marketing scam.