There’s a reason why Coca-Cola is consistently ranked in the top ten of Forbes’ “World’s Most Valuable Brands” list.  Throughout the years, it has been a paradigm shifting, rule breaking, all-round marketing power house. It has produced some of the greatest campaigns in the history of advertising, ranging from its iconic glass shaped bottle, which has recently celebrated its 100th anniversary, to the ‘Share a Coke’ Australian promotion of 2011. This campaign recorded a total of 18,300,000-plus media impressions, an 870% increase in traffic on the Australian Coke Facebook site and led to Coca-Cola Australia’s most successful summer ever.

Undoubtedly, with increasingly health conscious consumers, Coca-Cola is desperately trying to win over the general populous after its introduction of Coke Zero in 2006. Recently, Coca-Cola Australia announced the latest addition to the Coca-Cola family – Coca-Cola Life. It is a version of Coca-Cola that contains lower calories than the original and is produced with stevia and 35% less sugar. Coke-Cola Australia will be challenging consumers to ‘Let Life Surprise You’ and will undertake a fully integrated marketing campaign over a plethora of media channels. The product also speaks for itself and the green packaging – a move away from Coke’s iconic red – is immediately perceived by both adults and children as a healthier and better alternative than identical food packaged in other colours. 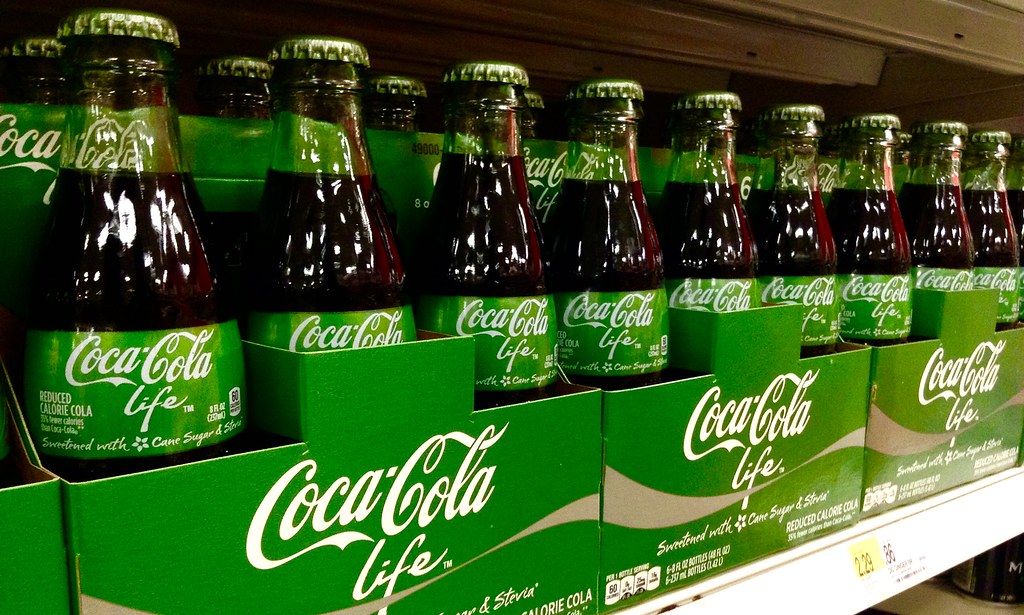 In the United Kingdom, where Coca-Cola Life was launched in September 2014, consumers are struggling to identify the difference between all the varieties of Coke (that is, the original Coca-Cola, Diet Coke, Coke Zero and Coke Life). This has led the development of a ‘One Brand’ strategy, where individual brand campaigns will be scraped and the focus will be on clearly communicating product differentiation.

Despite Coca-Cola’s successes, there are signs of deterioration. In 2014, Coca-Cola’s profits declined by 14% and much of this can be attributed to a growing awareness of our health and wellbeing. Coca-Cola has tried to overcome this by introducing ‘portion control’ options – namely, smaller can sizes – which has been echoed by more and more American food companies. It also tried – and failed miserably – to position itself as being ‘part of the solution’ by supporting sport initiatives and encouraging people to drink Coke as part of a balanced diet with daily exercise.

The struggle of Coca-Cola to maintain its relevance is certainly a sign of the times. The evidence is conclusive – sugary soft drinks does contribute to the obesity epidemic and no amount of spin or PR can hide the fact that a can of Coca-Cola Life still contains colouring, caffeine, phosphoric acid and 19% of our recommended daily sugar intake. Ultimately, it appears that the introduction of Coca-Cola life is a decision to increase the health of the companies’ profits rather than the health of consumers.